Let’s talk about Louis (full name annoyingly withheld for a moment), a person who I don’t know personally but one whose work I enjoy and admire wholeheartedly.

Louis is enjoying a bit of a moment these days. Toiling in relative obscurity for decades but sticking to his vision and honing his craft all the while, he has really broken through of late and caught the attention of the wider world. The idea of him marshaling his newfound popularity and selling out seems laughable, however, because his work continues to have the same uncompromising impact and will never appeal to the most mainstream tastes anyway. He probably garners more respect from his peers than from any other group and that seems to suit him just fine.

He is undeniably an artist, yet he toils in a genre that has a bit of an acceptance problem in the Art world even as it becomes more and more popular to the lay world—popular enough that sometimes it seems as if every other person on Facebook or other social media fancies themselves a junior “Louis” with their own postings, as shallow an imitation as it may be. This phenomenon probably owes something to the fact that what he does seems deceptively simple and literal, like it’s something anyone could decide to do without much training.

One of the things that I love about Louis is that, while some in the field prefer facile one-liners and stale gags that pander to their audience, he favors complexity and is able to point an uncomfortably accurate mirror at ourselves, leading us to truths that we might be oblivious to otherwise.

It is clear that Louis observes people constantly—anything and everything he sees is potential fodder for his work. He creates novel juxtapositions and makes us see his subjects in a new light. You get the sense that, as a person, he himself learns from what he does just like we do.

So who is Louis?

His work does not hang in any gallery or museum and no street photography collective can reasonably hope to count him as a member. For he is not a street photographer at all, but rather: Louis C.K., comedian.

So why am I bringing up a comedian in my first post for Observe? Because a lot of times it is very difficult to talk about something directly and literally, especially something artistic. The saying that “nothing ruins a joke more than trying to explain it” is fitting here. We humans have always used metaphor to strengthen our understanding of complex subjects. It’s how our brains are wired. So talking about street photography by not talking about street photography can be a fruitful exercise.

Improvisational music is probably the most obvious parallel to street photography to me (especially the state of mindfulness that characterizes both), but I wanted to stretch a bit to show how seemingly unrelated disciplines can shine a light on each other. Find inspiration everywhere!

One of the strongest parallels to me is the idea of both comedians and street photographers as students of human behavior, which even the most misanthropic of either set must be as a matter of professional interest if nothing else. Developing a style and persona is also important in both fields because it’s partly the authorial sensibility that keeps the audience engaged from photograph to photograph or from bit to bit. (This stands in stark contrast to photojournalism, where one strives to bear neutral witness to some sort of interesting action; the comedian would be replaced by the news reporter in that comparison.)

If you think of a photograph as a “bit” and an exhibit (whatever form that may be) as an “act,” the street photographer can also derive some lessons from the best stand-up comedians about how to pace material and to sequence it to get maximum impact. Each bit in an act is generally as self-contained as a single frame, so comedians learn connecting and linking techniques to keep their audience’s interest and attention from flagging. Something to think about between laughs.

Of course, there are a lot of ways the parallel to stand-up comedy breaks down and that can be interesting to look at as well. Unless a confused audience is the goal, there isn’t as much emphasis on ambiguity and mystery in comedy (except maybe in some of the more left-field Andy Kaufmann stuff). And some contend that narrative and story—so important to comedy—aren’t even possible in the frozen moment of a photograph. A street photographer also can’t really audience-test a photograph and then rework it, but s/he certainly can draw on the experience to try to get a better picture the next time and the goal in both cases is still to edit ruthlessly until your material is as strong as possible. The concepts of juxtaposition* and recontextualization are probably better compared to improv comedy where the typical job of the group is to knit together jarringly unrelated audience-suggested things in interesting and funny ways. Another breakdown in the parallel is composition, which doesn’t translate very well from the visual realm.

We often worry about showing too much material as photographers but we also have to be concerned with the staleness that can set in if we are only associated with older work. Louis C.K. is not satisfied with repeating his greatest hits and sets himself an inspirational challenge that goes beyond others in his field. From Joel Lovell’s GQ article, where a fellow comedian talks to him about Louis C.K.:

“‘Never repeats material,’ the other one added. He very much wanted me to understand that there are guys out there struggling week after week, month after month, to get ten or fifteen good minutes, whereas Louis C.K. is taking stuff that other comics only dream of and throwing it away. Every year, a whole new act. Ninety minutes. ‘Think about that.’”

And then there’s perhaps the most telling parallel of all with street photography, as recounted by Louis C.K. himself in the same GQ article: “Every time I’ve needed it, stand-up has saved me…. I’ll never stop doing it.”

PS—Here are a few links to Louis C.K. bits on YouTube that to me exemplify his perceptive nature:
What you get with a basic life
Everything’s amazing and nobody is happy

_______________
* Besides being a good read, James Parker’s Atlantic article on Louis C.K. has a good example of him employing juxtaposition in his TV show:

“Another episode of Louie finds him in a New York subway station, propped against a metal pillar, blown away by the music of a dinner-jacketed violinist. The music soars unbearably; Louis looks almost tearful. Then a hefty, multilayered homeless man comes flapping down the platform, stands right behind the still-playing violinist, strips, and begins to lavishly rinse his naked torso with bottled water. What’s going on? A duet, that’s what: a cosmic fugue of glistening butt crack and inconsolable violin. It’s life, ugly and beautiful, in permanent exile, and Louis is transfixed.” 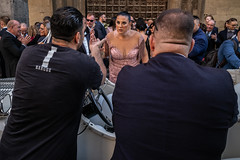 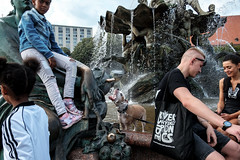 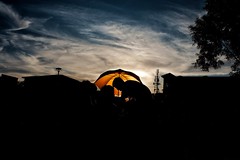 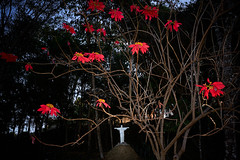 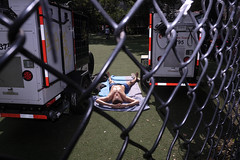